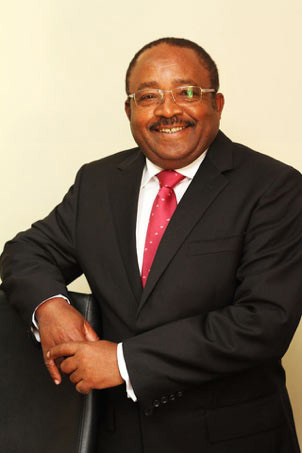 About Mwakai Sio
Ambassador Sio is the Principal Consultant at PIE Consultancy and the Founder & Director of ihti (international hotel & tourism institute) , which has now grown to become one of the leading hotel and tourism schools in Kenya.

Sio obtained his BSc in Hotel Management from Cornell University, USA in 1974, later proceeding to University of Nevada, Las Vegas, USA for post graduate studies in 1984 and 1985. Sio has been a member of numerous professional bodies, such as CHRIE, EUHOFA, AMFORHT, AMA, and HCIMA, and JTTM, and has served in the boards of most of these bodies. He has managed numerous tourism projects in Kenya, East Africa, and internationally. He has also researched and published several articles and contributed as an author in several books and reports, mostly in hospitality.
Sio taught at Kenya Utalii College from 1975 before becoming its Principal in 1986 a position he held till 2003. During this period, Sio was also charged with many assignments by the Government of Kenya, such as Chief Advisor – Drafting of Convention on Working Conditions in the Hotel, Catering, and Tourism Sector, at the ILO, Geneva, Switzerland, from 1989 – 1991. He also served on many statutory boards and committees, most notably the Hotels and Restaurants Authority, and the Commission of Inquiry into the Education system of Kenya. Sio has also served in many boards in the private sector in Kenya, including ALICO, KTN, and Trans National Bank.

Sio was appointed Kenya’s first Ambassador to the Kingdom of Spain in 2007, opening this entirely new mission, and served till 2011. He successfully negotiated two important agreements with the Kingdom of Spain: Tourism Cooperation Agreement and Bilateral Financial Cooperation Agreement. Ambassador was also Kenya’s Permanent Representative to the United Nations World Tourism Organization (UNWTO). In this role, he successfully campaigned for Kenya to become the Chair of the UNWTO Executive Council from 2011 to 2013

The vision of PIE Consultancy is to become the consulting group of choice for the hotel and tourism sector in the region.